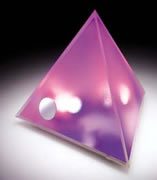 The Salt Lake Tribune published a wonderful article by Steven Oberbeck, Average Multilevel Networkers Never See Idealized Gains. The article gets it right about multi-level marketing… most aren’t making any money.Tell that to a pro-MLM zealot, however, and you’ll get some sort of excuse like most don’t want to make money or they aren’t trying hard enough.

One woman featured in the article was typical of Mary Kay recruits. She wanted to make some money, yet be home with her child, and instead…

Although a few make millions and some comfortably less, for Lopez there was no freedom from work at the end of her MLM rainbow. There was no extra time with her son or additional cash to help out with the household bills. What she wound up with instead was debt and the realization that she had gotten involved in a business model she now believes relies upon deception for its survival.

Although companies dispute her viewpoint, for Lopez it came down to this: “I was told that if I worked hard and followed their proven marketing plan that I would be successful and reach my goals. Well, I worked hard. I put in countless hours recruiting and selling products. And I followed their plan exactly.”

When her “coaches” told her she needed to invest extra money in her business — $1,000 for advertising and another $350 for marketing materials each month — she charged those expenses on her credit card. Yet the promised returns never arrived.

“I was getting deeper and deeper into debt and farther and farther away from my goal of staying home with my son,” she said. “What was worse, though, was when I realized that I was the reason the people I had recruited were getting into debt, as well.”

Lopez’s stint in 2005 as an Herbalife distributor lasted about six months, but it was time enough for her to incur more than $8,000 in debt — an obligation the Springville resident said she still is working to pay off.

The article reveals the truth: No matter what the mutli-level marketing company is selling (and no matter if they try to dress up the name by calling it network marketing, direct sales, dual marketing, or some other variation), the participants by-and-large are losing money. It’s easy to say that those losing money didn’t do it right or didin’t follow the instructions of their upline. But what about when they did do things as they were instructed and they still lost money?

Of course, the Direct Selling Association (a lobbying group devoted to keeping MLM legal and with as few regulations as possible) would have us believe that people don’t quit MLM because of lack of success. They quit for…. well…. other reasons. Unknown reasons.

But no matter what is being sold or what techniques are used to draw attention away from the widespread failure to make money, the truth is that MLM is a system in which most must fail:

Instead, the distributors often become the customers. They rely on getting a piece of the sales from new distributors they recruit — and on down the line. For the thousands at the bottom, though, it is nearly impossible to break even, Taylor said. And their experiences are far different from the handful of those who sit high atop their various pyramids and boast of their fine automobiles, big mansions and carefree lifestyles.

And then the truth is really revealed. That multi-level marketing relies on smoke and mirrors to recruit:

One of the hallmarks of most multilevel marketing companies is that they hold up their “successful” distributors as examples for those new to the organization, suggesting that with hard work and commitment they also can achieve a similar level of financial success.

Yet often that is as much of an illusion as the suggestion that wealth can bring happiness.

“I was one of those people who was looked upon as a success,” said Carol Hatem, a former sales director for Mary Kay, which distributes cosmetics though a multilevel network of independent beauty consultants. “And I had all the trappings. In my 13 years with the company, I earned a diamond ring and was a star consultant. I drove a company car five times — they weren’t pink Cadillacs, but they were just one step below.”

But behind the glamour and glitz, reality was much different, she said.

“I was living a lie. I was working full time but I wasn’t making that much money. Probably the best year I ever had I made maybe $25,000. But I got to stand up in front of a Mary Kay convention and pretend I was doing really well.”

Secretly, Hatem felt like a failure. “I’d stand up there with other sales directors who all seemed to be so successful and wonder, ‘Why aren’t I as successful as they are?’ It took me a long time to realize that none of us were as successful as everyone pretended.”

However, forensic accountant and Mary Kay critic Tracy Coenen, who runs the website www.pinktruth.com, describes the company’s business as based on endless recruitment of new people who purchase inventory so those at the top of the marketing organization can collect large commission checks.

And Hatem said her years with Mary Kay were dominated by a constant struggle to recruit new consultants to replace those who would join, get discouraged because they were not making any money and drop out. “And all the time I really believed that I was empowering women. I really drank that Kool-Aid.”

She dropped out of Mary Kay in 2008 after deciding she no longer was willing to try to get others to join her sales organization by pretending she was successful. She found comfort at www.pinktruth.com, where other former Mary Kay consultants gather online to discuss their experiences.

“Looking back, I’m furious with myself. I make more than twice as much now as a judicial secretary than I ever made in my best year at Mary Kay. And to think that for all those years I could have been contributing to a 401(k) and preparing better for my retirement.”

What a great article on the reality of MLM!