Check out this scheme for becoming a sales director in Mary Kay. And amazingly enough, it takes almost no time at all! Only 9.5 hours per week for six months (or less!!!). And at the bottom they tell you becoming a sales director is GUARANTEED! The impossible part of this plan is meeting new people who will hold classes and become your recruits. The plan suggests you can spend 30 minutes on Monday, Wednesday, and Friday meeting 3 to 5 new people. Good luck with finding people that quickly who will want to have facials or hold skin care classes. 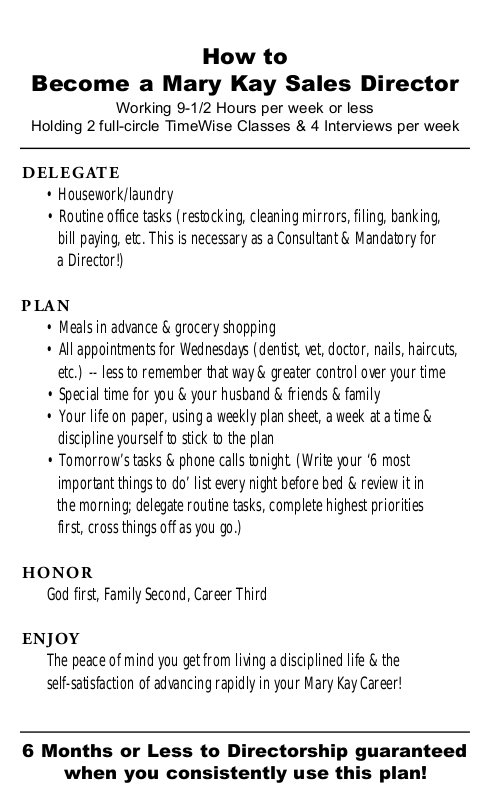 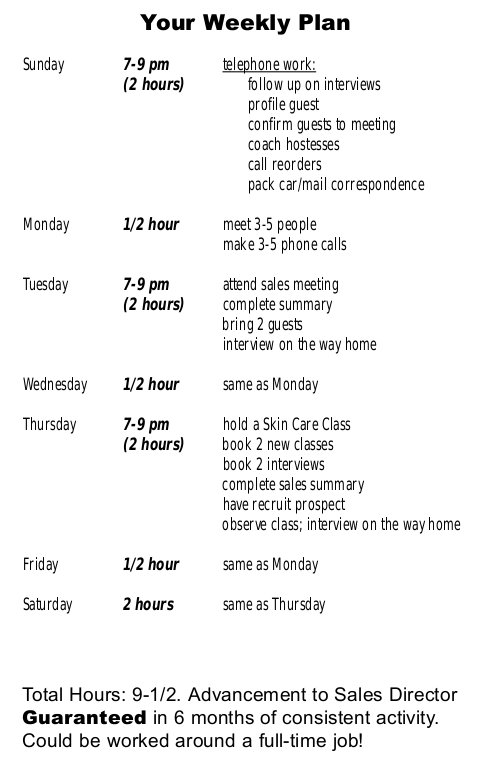