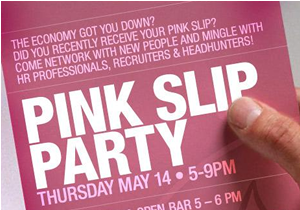 I was recruited by a friend (who quit immediately after ordering her $1800 and never selling any of it). My director (who is a national) had me order full inventory. I have a very large network of friends and happened to be really good at selling the products. I actually paid off my inventory and started making a profit after 4 months. I was prompted to become a director.

I finished DIQ in 2 months. Of course my last 6 consultants to finish DIQ were fake (whose weren’t?) Friends let me use their names and I found customers to buy $400 for $200 to account for the inventory. I was SO happy! I had made it into the big girl’s club. I was going to start seeing HUGE commission checks!! I had a unit of women who were going to work really hard, sell lots of inventory… etc. The director in my area that I graduated DIQ with lost her directorship within 3 months. She told me she was happy to be out and she was over $7,000 in debt because of “buying” directorship. I didn’t understand it because I hadn’t done that. (Yes I did, see above.) My SD told me that she just didn’t want it bad enough.

My first few months of production were all me. Where were all these amazing consultants I had just recruited? I realized that I had to do it all. I definitely recruited a few great women who I love and a lot of not-so-great women. I moved up and became a car driver. The commission checks were nice, but certainly nowhere near executive income. My biggest commission check was over $5,000 and you better believe I talked about that as if I got one of those every single month. I never mentioned that I never saw that much again.

I worked and worked and worked. I dealt with so much. Consultants who were downright scary, 95% of all consultants quitting, so many new recruits running away after buying a starter kit… etc. I was warm chatting (yuck) as much as possible, trying to get new women in my unit, resuscitate some of the old ones, trying to talk some of my consultants into wanting to become directors, trying to get women to try skincare/cosmetics/the opportunity when NOBODY seemed interested.

You see, I had gone through my large network of friends and acquaintances and had to start all over. I thought that after almost 4 years in MK, 3 as a director, it would get easier and I would be making more money. After all, in my past employment, I got promotions and raises for my hard work.

I realized that unlike a lot of directors and consultants, I was not in debt and I was very thankful for that. However, I wasn’t getting anywhere and I certainly wasn’t making any decent money. I considered starting to act like the few successful directors I knew (telling lots of “pink lies” and half-truths), but that just wasn’t me.

Then for the first time ever, I missed production… OMG!!! I was freaking out. I immediately called 2 of my sister directors and they were basically like, “so? everyone misses production almost every other month, then we order a ton to make it the next month. That’s why most of us do queen’s court or sales.”

WHAT?! I always thought they were all so successful. Oh no, it’s all fake. My pink bubble burst. I saw that I had missed car production! I called the company and they told me I was going to have to pay $100 for my car for the next 3 months because I didn’t make car production! WHAT?! I told them to come get the car immediately.

Then I could say out loud what I had been thinking: Sales directors don’t make executive income. We lie and say we do, but we don’t. I was #3 in our national area! Working SO hard, always being “on,” ignoring my kids when the phone rings (after all, it may be a new recruit coming in with inventory)…

I don’t understand how I have to pay taxes on over $6,000 for the “free car” I earned, it just doesn’t make sense.

I now know that VERY FEW sales directors make executive income and if they do, they are the exception to the rule. I hated their ideas on how to run a business: deceive and manipulate, act like you’re incredibly successful even if you’re not, be mean to consultants who aren’t producing, ignore consultants who are late to meetings, if someone’s on the phone and they are being negative, say someone’s at your door and hang up on them immediately, etc. They lack integrity.

Guess what I do now that I’m no longer a director? I enjoy life!! I work 21 hours/week and make more than I made as a MK director. I have a customer base that I continue to service (you’d think it’d be bigger after about 8,000 facials!). As I’ve read many of you say, it’s so nice to go into a store, restaurant, any place and just smile and say hello, then walk out. No stalking, no creepy come-ons to women, no getting a woman’s phone number so when you call, she can have that annoyed tone in her voice and treat you like you’re a piece of crap! I’m just a regular person now and LIFE IS GOOD!