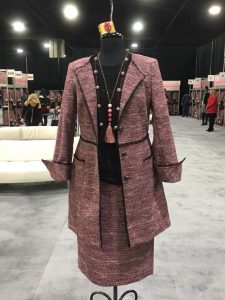 For the majority of my Mary Kay career, I was a “sales only” consultant in a high producing, top unit. And even though I wasn’t interested in doing anything more than selling Mary Kay products, I still attended my director’s weekly unit meeting.

Rain or shine, snow or sleet, I never missed a week. I was loyal and attentive. I took notes, and contributed by providing sales ideas. I could recite every single booking script put in front of me. I was a consistent seller – thinking like a retailer.

Being a sales only consultant, I did not perform interviews, but I managed to build a team of two consultants through plain dumb luck. However, because I chose not to build a team, I did not receive much attention from my sales director. She rarely returned my phone calls, and if I sent her an email, her assistant would be the one to reply.

Yet, I didn’t blame her, as I thought she was doing what she was told to do: Concentrate on those who wanted to move up to directorship. Still, I thought it was odd that she would act as if I was a disposable unit member given my loyalty and discipline.

Then three years into my Mary Kay career, I decided I no longer wanted to be a sales only consultant. I was sick of my “J.O.B.”, and I decided that I wanted to move up the career path to directorship. I thought that in order to do this, I would need guidance and assistance from my sales director. I believed that once I told her about my dreams and goals, I would suddenly get the attention and assistance I deserved.

I placed a call to my director, and told her that I made the “decision” to become a director, and that I would be submitting for DIQ the following month. However, my phone call did not receive the excitement and rah-rah I had anticipated. A little disappointed, I figured I would need to prove myself to my director. I hit the ground running, and I thought everything would be pink moving forward. After all, don’t directors always say that they’ll match your effort?

A few weeks into “my decision,” I was doing well. I had a few hot prospects (future recruits) and a date book filled with skin care classes. I thought this activity would show my commitment towards my goal – and that my director would finally take me seriously. I received the opposite response. The only additional support I got from my sales director was being added to the weekly call where she would spew out the same information I had heard during our weekly success meeting.

This did not make sense to me. I had seen my director devote so much time and effort into those who performed less and were inconsistent. I watched her coach, recognize and assist the others. I was confused by the fact that my sales director did not offer to help me with practice interviews. I began to feel alone and unwanted.

Then, one night, after a unit meeting, it all became very clear to me. I was chatting with a group of my fellow unit member friends. We were discussing who would be the first to offspring. We all jokingly pointed fingers at one another, but then I asked “Who you do you think (insert my sales director’s name) thinks is her next offspring?”

“Oh, we already know,” said one of the consultants. “Yes, she told us,” said another. “She has her team to get to national all in place!” I was shocked to learn that she never once mentioned me as a future offspring director, and what she had been secretly telling others: She does not have what it takes to be a successful director.

Instead of feeling hurt, misguided, or angry – I chose to accept that I would never be good enough in my sales director’s eyes. Amazingly, it did not bother me. I had always felt good about myself, and I did not need her recognition to raise my self-esteem.

A few months later, I chose to fade out of Mary Kay – I am happier now, and I enjoy being a success in my own eyes – needing no one else’s approval after a job well done.