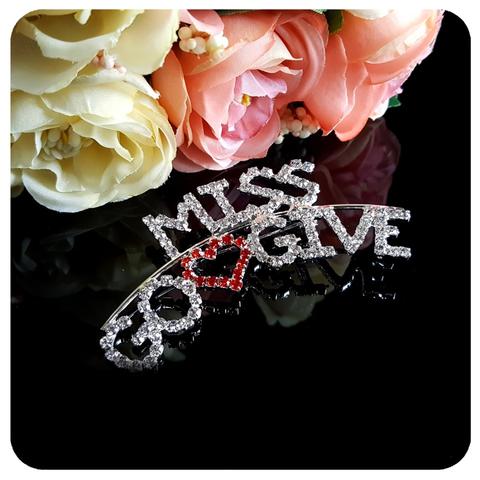 Everyone used to love me. I was a Miss Go Give, in the Applause and everything. I helped everyone and was known for building leaders. I always taught and spoke at all the events. I was going to be a NATIONAL sales director for Mary Kay Cosmetics and everyone knew it! My offspring loved me, and I loved them right back. We were going all the way.

Then after our fall retreat, when I was at top of my game, everything started to change for me. We had our song, we had our area name, we had our t-shirts, we had our sparkly pins, we were going to make it happen…. but something was just not right!

Many things led to my change of heart. I couldn’t live a lie anymore. I couldn’t support a system in which most were failing. I was watching my directors do unethical things… things which were an accepted and normal part of the business, and not seen as unethical. But what was and still is the most difficult part of making the decision to leave MK was disappointing and hurting my Directors.

Once I had this clarity I felt I needed to send a letter to all of them, my offspring who were my dearest friends and like my sisters, apologizing to them. Here is a partial list of what I apologized for:

1. I said I was sorry about teaching them to frontload. Every Director that I know has allowed an order to be placed that was larger than the person needed and/or could afford. This placed that person in financial jeopardy (but goody for the director with the nice production—but just don’t think about the chargebacks!). I started to realize how wrong this was when I would cringe at hearing a new, fast NSD comment continuously how she would “PULL” inventory. It is deceptive and wrong to manipulate people in this way. Period.

2. I said I was sorry about teaching them that it was okay to recruit fake people and do fake orders. We all did it. I can only think of one person who did not recruit someone who was not a real actual recruit or ‘activate’ someone to wrap up car and/or DIQ. One person out of dozens and dozens, and that one was my last DIQ and I made sure with her that it didn’t happen. That includes ME, and that is out of all of my offspring.

When the letter went out I got an email response from one saying she felt sorry for me. Interestingly she was one who needed 6 more people to finish her DIQ. I remember being in my office that fateful last day of the month and she was hysterical thinking she would not make it. I had a few other Director friends over. We all were laughing at her, “Silly rabbit!! You just sign up and/or activate 6 people! You don’t have to have real people!! Everyone does it.”

So my dear, your directorship is a sham. As was mine and the rest of us who built this way. We were wrong, both of us. And you continue the wrong every time you do something dishonest, allowing the fake orders and the fake people to this day. I know because I can see it in your reports!

Guess what? It was okay that I overlooked it! I guess it was anyway, because no one ever got mad at me for not saying anything. As long as I was “NSD to be” everything was peachy! But worry about someone over-extending themselves, well THAT is just unacceptable!

Another interesting response I got was from a director who was so upset she called me names unfit to print here, yet for some reason the years upon years that I did not show concern for her destructive every other month, make/miss production cycle were okay. To point out that it was wrong and I was concerned, well that was not okay to her it seemed. (Are you seeing a pattern here that this is not normal, rational thinking?)

4. I said I was sorry that I was earning money when they weren’t. I could not continue as a supposed leader in the company, and promote “dreams” when they were built on the sweat and tears of my supposed sisters, many of whom were losing money.

I have analyzed the numbers, and they are not pretty. Many months ago, I did a spreadsheet with my reports and added up exactly what commission was earned by the 6 first line offspring that I had at the time.

The results? The 2 best were at just over $20k annually before expenses. The next 2 were just around $10k for the year. The other 2 were under $5k for a year. This is FOR THE YEAR. These are DIRECTORS.

The bottom 2 were National Court of Sales ‘winners’ because they bought their production, placing the big unneeded orders every other month to remain directors. Very very sad, and it is worse now, as if what I just shared is not bad enough. Yet they still continue. I think in reality many of them are actually paying the company to remain a director.

Let me tell you, I have seen it all. I have seen the divorces and almost divorces, and yes I blame this business for the most part. I can’t tell you how many arguments with spouses I have heard of and had myself about the crazy time commitment and expenditures in Mary Kay.

How many times I have huddled with an offspring and we have commiserated about the unsupportive jerk who complained about the finances or the time we spent away from home. Ladies, this is the same jerk you loved and married—he’s not a jerk, he’s RIGHT.

And I can’t even begin to imagine the finances. I have seen with my own eyes the basement full of product. Boxes and boxes. How does one continue when a person they care so much for is in this situation? If it were a one in a million case, I could have helped her and moved past it. But sadly it is rampant and I could not ignore it any longer.

The emotional loss… I think that I could write a book on that. I will say, though, that I have left many a job, as I am sure most of you have. They gave me a farewell lunch when I left and that was that. I still have old friends from those jobs, and I never really even think about those old jobs.

But somehow, after leaving MK we become “She Who Shall Not Be Named” and are completely ostracized. We have to come to this site for ‘therapy’. Those same people that loved me now don’t talk to me; many even hate me and one even wishes I were dead! This my friends, is not normal!

Please think twice and stop the madness… that is REAL Go-Give!