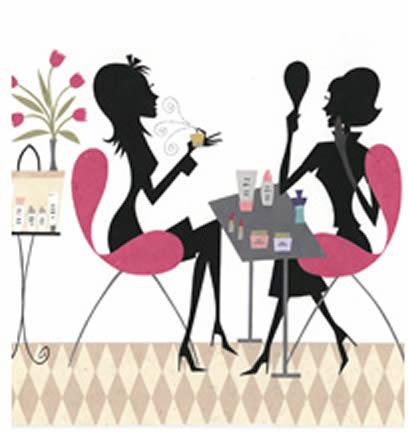 I’m at a clothing store the other day and that’s when it happened. This cute, bubbly woman is shopping in the same department as me and she remarks on my amazing shoes. Well, they were pretty amazing, so I couldn’t blame her, and before I know it we are chatting and she tells me that she owns her own business and she is doing a portfolio and she would love to use me for a before and after picture. Of course I agree. We part ways.

She calls me a few days later and leaves a voicemail, I call her back and that’s when her voicemail reveals that she is a part of this tribe called Mary Kay. So, I go ahead with the facial because I’ve done it before and I really don’t mind meeting women and maybe gaining a friend out of this little event. So, I go, and I actually see someone there that I know, and we chit chat for a bit, and soon we are off. It was a two hour event. Of course I was asked if I wanted to join Mary Kay at the end, and I declined, but I was seriously considering it. I mean who wouldn’t want a car? I was up for a little change, I was up for meeting friends.. nothing wrong with that, right?

That night I called my “director” and told her not to charge my credit card. I said I am not doing this. I told her that something just didn’t feel right, and of course she could not understand this, because she knew I would be perfect for the business.. She said, it has everything I am looking for, flexibility, a car, friends, what more could I ask for. The next day I went to work and talked with my supervisor.. she had also sold MK. She also filled me in on some interesting information and introduced me to this site. Oh where would I be without the two women who had already been through some of the horrors of MK?? Thank you, and you know who you are.