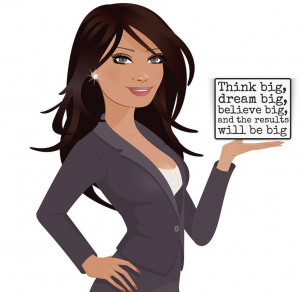 Mary Kay recruiters have a fantastic ability to get you to suspend your logic and buy into this nonsense “business opportunity.” This is one consultant’s experience being manipulated, which led her to spend thousands of dollars. See the techniques that were so successful with her and why she couldn’t continue in MK and do the same to other women.

Here is the story of how I overcame my rational thoughts, allowed myself to be recruited into Mary Kay, and began to spread the same poison of untruths that I was told. I became an emotional thinker overnight. I believed in the dream!

I bought into the fantasy, and I started bringing potential recruits to “career coffees” that my National Sales Director held once a month in her home. She told me that her Mary Kay career bought her mini-mansion. More specifically, she told prospective recruits that her home was paid for with the money she saved from not having car payments, and I just knew that I could do it, too.

Looking back, I always wondered why the majority of her spiel was centered on why Mary Kay is not a pyramid scheme and how MK is dual marketing business, NOT multi-level marketing. For someone more familiar with multi-levels, and the history of the Amway affair, this may have raised red flags. It was all Greek to me, and so I ignored it, not wanting to “stir up trouble” by asking questions, and preferring to continue thinking emotionally.

Let me to start from the beginning.

My recruiter, who was intent on becoming a sales director (although I was unaware of that at the time), called me up one day not long after her “Mary Kay business debut” that I had attended at her home. She used the “I need to practice giving an interview. Will you please help me?” line. This was a trusted friend, someone for whom I would willingly drop whatever I was doing to help her, which I did.

When I got to her house, she said that all I needed to do was listen and ask questions. When I obliged with some made-up questions, she asked if I would then come with her to her sales director’s “office” and repeat those questions; that by listening to her director’s answers, it would help her in her future interviews. Yikes, I thought, that’s 60 miles round trip; there goes the rest of the day. Also at the back of my mind was, why in the world do you need to do interviews to sell makeup? If this is such a great deal, won’t women sign up of their own volition?

But I wanted to help her, and again obliged, so off we went. Well, long story short, I got all excited, thinking on an emotional level, and signed up then and there. I became entranced, and agreed that is was smart to be “serious” about my “new business,” so I whipped out my credit card, and ordered a large inventory. I was nervous, but I believed in the possibilities when they both told me, “It’s not debt! It’s an investment in your future!”

About $5,000 later, I started to attend the training meetings, since nothing was happening with my “investment” except that the credit card bills with interest started rolling in. I’ll never forget the sick feeling in my stomach and in my heart when, at a meeting, the director explained to us that the easiest way to get started recruiting was to ask your friends and family to help you by participating in a “practice interview.”

Wait! That’s what I participated in! I nearly fell out of my seat. I knew it was all wrong. Why did I not bolt right then? Because she was my longtime friend. Even though I felt used and manipulated, I could not bear to hurt her. I just didn’t want to confront her. I told myself that surely I must be jumping to conclusions. I lived in denial for nearly a year.

When I started figuring it all out, I would ask her about the inconsistencies that I had noticed, and caught her in many lies. She encouraged me to repeat what she told me, and I could not.

I now knew two things. Number one: I would never be able to make my money back by just selling, because she was recruiting the whole town. Number two: I could not be the conniving person that she had become. I could not willingly repeat things that I knew to be untrue.

I began to try to build a team based on telling the truth. Let me tell you, women ran from me like the wind! I realized why Mary Kay recruiters tell you not to divulge the realities, under the guise of “Give them little bits and pieces. You don’t want to overwhelm them!”

I knew it was a lost cause. But I had so much money tied up in Mary Kay products which had become obsolete (in less than a year!) due to continual product changes, plus samples, skincare class supplies, and advertising. And so I kept on.

I had become a desperate woman, ignoring the fact that I was destroying my family’s finances. My husband knew that the money was flying out the window, and suspected that I was racking up a lot of debt, although he had no idea how much. We began to fight often.

By this time, I had about $10,000 “invested” in this scam. I had just finished putting in another order online for a “new and improved” product, because the few customers that I had were uninterested in the old stuff, even at half off! I saw the PinkTruth site, which I had ignored before, and clicked. OMG, I thought, I’ve been duped by my best friend, who had by then became a sales director, and now referred to me as “one of her girls.”

I read stories here, written by women who had experienced the very same things. I read, and I cried, completely heartbroken. I made up my mind, then and there, that I would no longer follow my friend’s “business advice” and continue with this folly. I immediately called MK Inc., and cancelled my latest order.

I went back to PinkTruth.com, and started planning my exit strategy. I was so thankful that, for whatever reason (call it fate, providence, or sheer dumb luck), I had finally checked out this site when I did. My one year “anniversary” was quickly approaching, and had I waited just three more weeks to make my decision, I would not have been able to return the amount of my initial order, which was my largest purchase!

Thanks to the wealth of truthful information here at Pink Truth, and the supportive people who participate here, I was able to recoup $4,000 from the company. I think I may have lost that much, and probably more, but at least I have my marriage, my home, and my integrity intact.

I have lost much, including a best friend, but she is no longer the same person that I held so dear. She is a zombie, an intoxicated Kaybot chasing the dream, spewing toxic lies. She is now someone who is motivated by envy, greed, and pride. It still amazes me how such a kind woman was transformed into such a poisonous creature, hurting so many women, in such a short time.

And it all came from buying into “the Mary Kay dream”, thinking on an emotional level, and ignoring her rational thought.