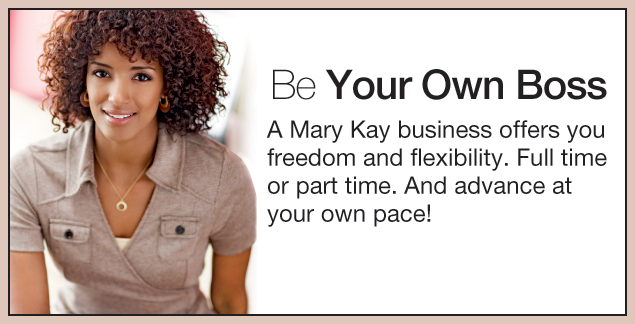 The higher up a person in the Mary Kay pyramid, the more she is exposed to the failed reality of a Mary Kay business. Since that goes against her programming, she looks for reasons to justify her continued endorsement of the Mary Kay opportunity. The problem seen with clarity is that if Mary Kay was all it was cracked up to be, how come in 6 to 7 weeks, the company warns sales directors to pump up their newbies or lose them?

Within 6 months, the typical director doesn’t even recognize her unit members at her unit meeting. If a beauty consultant or sales director questions this, she is handled with a trump card, used by the top 2%ers that can neutralize the stench of doubt better than a can of Glade. This trump card is so effective, and goes completely unchallenged in the world of Mary Kay, because it appears to be so business like and authoritative.

It’s completely normal in the minimum wage work place. So common among dieters who fall off, health club memberships that are never used. That’s all it is, and you should expect it. It’s the way of humanity. But it is also why you are so special! You never give up. This card played covers all challenges. Not only have the problems associated with Mary Kay been neutralized and explained, you have been flattered and praised. You are good for another 3 months of orders or at least ’till the next hype-it-up event.

So how accurate is this analogy? Is attrition, this “normal” designation of job turnover, an acceptable reason why women give out on Mary Kay? Why do people quit anything?

Is it reasonable for sales directors to massage away any sense of guilt over who they recruit and how much they lose in money spent on events and inventory, when “attrition” is the real culprit?

According to one study involving extensive interviews with HR directors at 30 companies, the classic “quitter” notion indicates how little real understanding employers have of why employees leave. The attrition rate shakes out in his poll like this:

Now since multi-level marketing members are independent contractors, and have more freedom to come and go, you might think the attrition rate wouldn’t apply, thinking employees are different than independent contractors. Their reasons to hold on to and conduct meaningful work are not. Some believe employees work to not be fired, but that is not what research shows.

Likewise, independent contractors have much more emotionally invested in producing meaningful work, since no one makes them do it; it is a statement of their skill and commitment. Simply said, the independent contractor has a great deal invested in the ownership and success of their endeavor, so much so that they are less willing to give up on it.

If anything, the “attrition” excuse would seem to be least applicable to the independent contractor. So what do workers really want? They want to be fairly compensated within an organization where good work is rewarded and appreciated, while having a sense of being part of a larger meaningful whole. They want pride in their company, and future opportunities. Both really want the same things.

In the HR poll, the “employee” who answered the poll rarely saw themselves as a quitter who just wanted to leave. The main culprit in attrition was lack of adequate compensation and job profile, with the supervisor or in our case, sales director being a 38% factor!

Attrition happens because what the worker wanted in compensation never materialized, and how the job was described turned out to be less than ideal…both in terms of job requirements and job status. As we have pointed out time and time again, a career path consultant never knows what she is in for as she climbs the ladder of debt. She never expects to have to stalk at shopping malls, or be mocked in business circles by those who understand MLM for what it is.

If this research is any indication of the overall hopes and dreams of the average worker, then the excuse Mary Kay’s NSDs and top directors use to justify the tremendous turnover of consultants is hogwash, and an indictment of the false claims used at the recruiting interview or guest event. Furthermore, by using the misdirection tactic of attrition, the basis for women leaving is never examined.

Mary Kay’s NSDs want the workhorse directors to believe that over 50% turnover is routine, as routine as going off a diet or failing to show at the health club. They do this because they can not afford for the “business” of Mary Kay’s pyramid scheme to be exposed for what it is: empty promises. The attrition excuse helps the directors blame the recruit and never look closer at Mary Kay, itself, while deceiving themselves with the praise of never being a quitter.

The reasons for attrition are not found in the lack of focus, work ethic or drive of the individual, for the clear majority of individuals. It is found in the lack of results. When the sales person sells, simply stated, the results motivate the commitment to continue. But since consistent results are rare in Mary Kay, cheap bracelets, rings and ribbons are substituted. Hyped events and hoopla cause more misdirection and draw out continued effort, all the while platitudes and sayings keep the consultants trying harder and blaming themselves.

Lack of compensation and lack of full disclosure concerning what it would actually take to generate a living wage breed the frustration that the consultant feels. The longer she tries and fails, the more ridiculous she feels and the job status she thought she would enjoy (that she was shown as the directors paraded in front of her) slips away.

There is a reason directors are prompted to pump up new recruits during the 6th and 7th week! That is how long it takes them to figure out that what they were promised might not materialize. Is this the fault of the worker? Certainly not. And to blame her so you can massage your own conscience under the deceptive label of “attrition” is a con job of galactic proportions.

At the next Monday Night Success meeting, “If it is to be it’s up to me,” will once again become the chant of the brainwashed while the inevitable attrition that follows becomes the rationalization of the leaders. In an ethical company, attrition would be a problem to be resolved and fixed, because the loss in personnel and loss of training in dollars and effort would hurt the bottom line. But not in Mary Kay. Attrition is ignored. This reveals the fact that Mary Kay knows they aren’t training to avoid attrition, they accept that fact. When you know you can’t change the outcome, why would you bother throwing resources at it?

After friends and family, there isn’t much more to be gained for the gang of multi-levels to count on, in retail sales, and they know it. They need you to recruit, not sell, and replace yourself before you depart. So why train? Why change? Why work to stop attrition when so much more money can be gained by the next batch of new meat?

Sales directors never question the excuse and rationalization of “attrition” and never question that if Mary Kay was so perfect for all women to do, why would you lose anyone? At the recruiting event, the guests are assured that anyone can do it…”just smile and squirt,”  and when the reality hits, they are told that Mary Kay isn’t for everyone. Well, which is it?

It never occurs to them that if what they promised in their interviews actually happened, (building a retail cosmetics business) there would be no attrition because the independent contractor would be enjoying the success they were promised. Just smile and squirt is a far cry from the job requirements of a real beauty consultant, but certainly not from the one who only has to worry about selling to her mother, girlfriends and coworkers.

As mentioned, attrition is a problem that real companies work to minimize and to avoid excessive waste in training the wrong people for the job, responsible corporations tend to select trainees who have a skill set to succeed. Mary Kay does the opposite. Mary Kay throws a wide broad net at guest events, using the director lineup, each telling “I-stories” of various job backgrounds, claiming that selling is as simple as smiling and squirting, and anyone can do it. Then under the guise of not “prejudging,” Mary Kay directors are asked to look the other way on the obviously non-qualified recruits toward some more magnanimous idea of a woman surmounting her obstacles. Admirable.

Except that since there is obviously no real business in Mary Kay land, no real training, no real expectation to have a successful cosmetics store, this broad net will inherently leave the vast majority in the soon to be “attrition” net!

People who do not succeed, who meet with frustration about what they thought they would earn, how the job would be conducted, and how much status they would achieve, stop playing. People who were never sales people in the first place are set up to fail from the beginning. But as long as they can convince a recruit that she could have done better, and the only was to fail is to quit, she will not “close the door” by returning product. It’s a two pronged approach that is positively masterful.

If sales directors would just THINK. Just detox from the hype and think, they would see how set up they have been to churn out the fuel, deny the reality, carry on with the sayings and rhetoric, denying the actual facts and realize that attrition is a term used to describe a condition where what was promised was never delivered. And once they realize that Mary Kay has always known this is the way it all works, doing nothing to change it, in fact preserving it, perhaps the roll that directors play as fraud facilitators will finally become distasteful, and they will awaken and regain their souls. One can only hope.