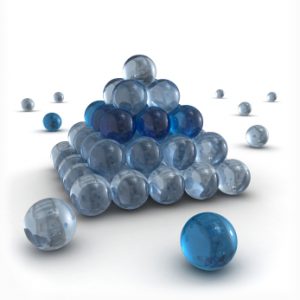 Are you wondering how the latest and greatest Mary Kay national sales directors got there? It’s simple. They churned DIQs (directors in qualification) fast and furious. Those who don’t make it to director really don’t matter because there are plenty of others trying. (And even though some don’t finish DIQ, they add thousands to the unit’s production so it’s still a win for the wanna-be national.)

The secret lies in the momentum that you build from all those DIQs. It gets others excited and makes the dream easier to sell. When people on their level quickly move up to “big girl” status and now qualify to do the Director Secret Handshake, it makes more consultants want to move up too (and do anything to make it happen… cha-ching!).

But getting that momentum is very difficult because the numbers in MLMs are so heavily against you . You might hear an NSD saying she got five names a day, every day. That’s 35 a week, or 1,820 names a year. It took that NSD about three years to get to the top of they pyramid, so that’s almost 5,500 people who had to be warm chattered stalked. That’s a lot of people to have to stalk on a daily, weekly, monthly, and yearly basis to move to the top of the pyramid.

And it’s not just about getting those names. It’s about getting them to “listen to the marketing plan,” sign up for Mary Kay, buy a big inventory package, and start recruiting victims of their own.

Mary Kay directors are fond of saying that keeping directorship is like trying to fill a bathtub with water while the drain is open. As fast as the water goes in, it’s going right back out. As fast as you can recruit new victims into your Mary Kay unit, consultants are leaving. (And hopefully they’re leaving even faster now, thanks to all the information available to consultants on sites like this.)

Below one suggestion by a “leadership coach” for churning DIQs quickly. If you can get momentum, you can get there faster. What’s the difference between the hotshot new NSD’s and those “top directors” who have been languishing just under NSDforever? The ones who got to NSD got momentum. The ones who haven’t made it there are losing directors as fast as they’re making them.

DIQ of the Month

One of the more frustrating, and very often surprising things for a new Director, is what happens when they offspring a Director themselves. It is exciting to see one of your Consultants succeed in DIQ. You’ve worked so hard to get her there, to get her through it.

You put in an enormous amount of energy and time and then – poof – they’re gone, along with all their production.

Now what? If you are like many Directors, you cycle up and cycle down by creating a situation in which you must start all over again. Although it makes you feel productive, it is ineffective in the long run. It is a stop-and-start roller coaster ride.

Think of creating offspring Directors as a continuous process – like a conveyor belt or a pipeline. Identify a Consultant each month that you want to groom for Directorship. You agree to work with her intensely to make it happen. She would need to recruit one qualified person a week for eight weeks.

So in two months, you could have a qualified DIQ. Start with one of your fast trackers. At the beginning of the next month, although you are still working with this Consultant, you identify the next one, the “DIQ of the Month,” and begin the process with her. Doing this consistently will prevent the stop-and-start cycle and give your unit progressive growth. Will there be months in which you do not have a Consultant ready to commit to Directorship? Of course. But the magic is in you mentally and literally creating the position of “DIQ of the Month” – it gives your Consultants a role to claim and causes you to think of it as a continuous process.

This may be how you can get to national sales director in Mary Kay, but make no mistake: You will leave a path of destruction behind you. The process of getting to NSD isn’t just about working hard. It’s about putting those below you in financial trouble, because the only way to move up is to get those in your pyramid to put in thousands of dollars toward products they have little hope of selling. That’s not an accomplishment.