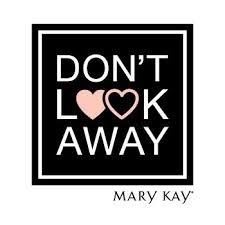 Heartbreak is the only word that comes to mind, as we who have de-pinked, watch the parade of our friends going over the cliff, pursuing the Mary Kay “dream.”

For a long time, I actively cared about my senior director, my offspring, my fellow directors, and former unit members. I didn’t care much about my NSD. Even though I think she was in the pink fog, I think she was also well aware of the financial wreckage of all of her downline (current and past).

It is hard to believe that “denial” is a big enough word to cover it. We remember what it was to be fogged. When we were in MK, Pink Truth was the demon site. Women who were lazy, negative, hostile, ignorant, probably “C” personalities that always gave directors the most trouble ‘cause they just never were satisfied with our answers. Pink Truth members didn’t work Mary Kay the right way and just wanted to complain. Their failure was their own fault but they wanted to blame someone, bash the company, and ruin the dreams of others. Good riddance, we thought, to those Pink Truth members who left MK. But one day, we read more on Pink Truth. We couldn’t help ourselves. We came back and started reading and reading. We saw scenarios that we understood all too well. We used to think our Mary Kay failure was all our fault and that we weren’t doing things the right way. We found that the scripts and tactics used by the upline on us have been used for years. We saw that the shaming, the lying, all the dirty tactics are real and widespread.

The beginning of the end commenced. Today, far from the hoopla and hype, we can clearly evaluate what happened to us while in MK. Many of us are now watching our friends who are too afraid to look long and hard at this so-called opportunity. They make stupid decision after stupid decision because they still “bee-lieve.” We just can’t reach them. They won’t let us. (Not yet, anyway. Many come around if given enough time.)

A couple of years after I left Mary Kay, my senior director had to start paying for her Cadillac. She motivated my friend who stayed in, to become one of the “big girls.” My friend thought she owed her “success” to me because I believed in her for all those years. She was told I went “negative.” My cautionary tale fell on deaf ears. My friend decided she was going to be a top director. But within a few months of becoming a director, she went $9,000 into debt  just from her wholesale purchases (done to help cover the minimum production her unit needed, so she wouldn’t lose the director title, of course).

A woman who looked sharp and was willing, and wanted to matter and be accepted and important, slowly went into financial ruin, just to wear “big girl panties.” I was not able to reach her. I know my national and senior director saw exactly what my friend’s limitations were, and they happily took the wholesale from her anyway. I wonder how they thought she would ever catch up from $10,000 of debt the year before she became a director and the $9,000 after becoming a director? She hasn’t a chance in hell to move $38,000 worth of retail product at full price to pay that off, and nobody seems to want to face this level of opportunism.