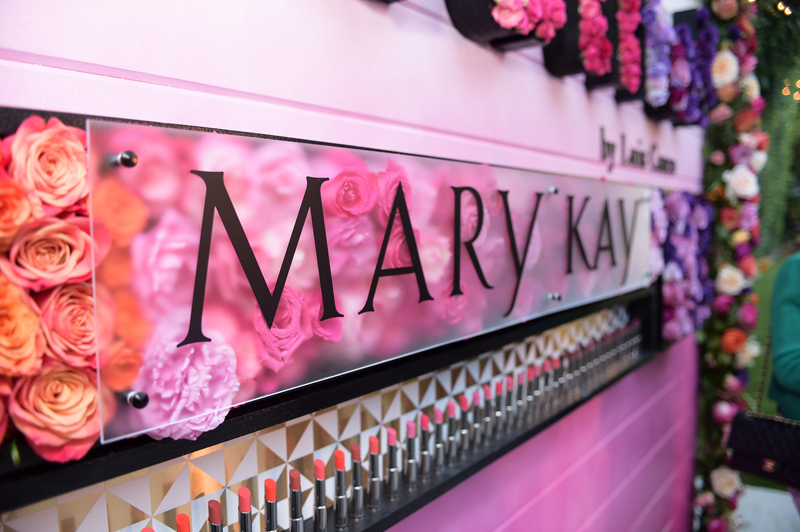 Maybe YOU will be different. YOU could earn a living with Mary Kay while being home with your children. It’s just about working the numbers. What would those numbers be?

The chances of making a real living in Mary Kay are slim to begin with. Even the 2% of current consultants who have supposedly reached the upper levels of success as sales directors…. Most of them aren’t making a real income.

If they’re lucky, they’re like almost all of the directors, they’re making $10,000 to $20,000 per year. That’s not bad if you’re comparing it to a minimum wage job. But in the real world, we don’t exactly call that making a living or having career earnings.

But let’s suppose you believe $20,000 a year is a good living. Can you really earn that while being “at home with your children”?

Here’s the truth: If you want to make that whopping $20,000 or more doing Mary Kay, be prepared to work a minimum of 40 to 50 hours a week. And when I say work, I don’t mean schlepping around in your jammies and making a few phone calls.

The kind of work you’ll be required to do in Mary Kay will have you out in the streets, looking for new blood constantly. You’ll be trolling for new victims and then working to convince them to “get together with a few of their friends.” There will be plenty of prep work for this gathering (the “skin care class”), including phone calls, coaching, pre-profiling, and general administrative work.

If you can get the bookings, be prepared to be up and out of your house for about 3 hours for each appointment. (You didn’t really believe them when they told you it would only take an hour or so, did you?) After that appointment you’ll have follow-up contacts with people as you try to recruit them into Mary Kay.

Now don’t be too worried about the portion of the job that I just described. Not many women these days want to have home parties, so you won’t be burdened too often by having to partake in this. (Although, unfortunately, those parties are where you find new recruits, so if you’re not having parties, you’re not recruiting either, which leads to the dismal earnings mentioned above.)

But wait… you can sell on social media! Spend your time staging the perfect photos that show the perfect MK life (even though you know your reality is nothing like that). Be prepared to message all of your Facebook friends repeatedly about your new promotion, the event you’re having, the sale that is currently on. You’ll get a couple of people who reply, but nowhere near the volume you have been led to believe you would have. Yet another MK activity where you invest a bunch of time and see little return on your effort.

Or you can have virtual parties! This will involve buying sample size products (the cost adds up fast!), assembling packages for each attendee, mailing them out (how much does that cost?), and hoping they show up on the night of the online skin care class.

Don’t forget that you will be busy with weekly unit meetings, NSD guest events, and events with cutesy names (designed to recruit new victims, of course). Don’t forget events sponsored by Mary Kay Cosmetics like seminar and career conference. And of course if you do find potential recruits, you’ll be trying to corner them into meeting with you and “taking care of the paperwork”.

If you or your unit members get one of those unsuspecting victims to sign up with Mary Kay, you have to start a whole round of meetings and/or phone calls and text messages designed to con her into ordering the biggest possible inventory package.

Don’t forget that you’ll also want to have meetings and conference calls with your movers and shakers to try to entice them into “promoting themselves” up the Mary Kay ladder. Your meetings with them are focused on getting them to envy you, “the suit”, the material goods brought to you by Mary Kay, and your superior position as sales director. If you can get them to envy enough, you might just convince them that they want to be you and want to move up. You will need to have women who are trying to get the car and directorship in order to boost your own numbers.

There are many more parts to the Mary Kay “job,” but you get the idea here. There are a ton of things that you’ll be doing, none of which involve being at home with your children. (And if you ARE home with them while you’re doing your MK activities, you’re certainly not paying attention to them.) Mary Kay is not flexible. You will be working it often during prime family time… nights and weekends, when your spouse and children are likely at home and wish you could be with them.

Don’t fool yourself into thinking that having your child unpack boxes of inventory from Mary Kay is equal to spending quality time together. Don’t think that “shushing” your child because you’re on the phone means you’re developing a relationship with her or him. Hauling your child with you as you warm chatter women at the mall doesn’t count either.

Let’s just be truthful: You can’t really work Mary Kay as a career and be home with your children.