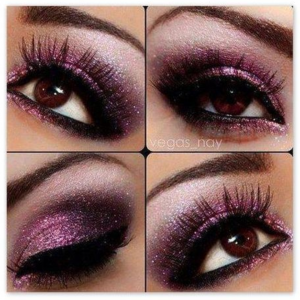 As much as I love my wife, I truly resented the magnitude of the pressure she was under to perform the Mary Kay marketing plan. To do her sales job with this cosmetics company, certain aspects of our “normal” life were set aside.

That began over 20 years ago, and to an outsider she would have appeared rather successful. She had all the trappings of a winner as evidenced by the string of cars and bling that she had accepted. (“I’m on my __th free car from Mary Kay!” Imagine how impressed friends and family were.)

However, all that appeared to the eye was not necessarily the truth. As I have read your extremely intelligent reports of your own experiences, I can sense what has occurred in your lives also. One can almost count your tears, and the tears of your family as you plunged headfirst into the abyss of financial ruin because of high pressure “buying demand” from your upline.

I caught on to some of these antics during Monday night meetings. I heard the glorious strokes showered on women. Sometimes for selling as little as a lipstick, the praise was palpable. NEW consultants, still beautiful in character, spirit and enthusiasm who hadn’t been thoroughly corrupted by the new venture, ate up the newfound attention.

To slather praise so indiscriminately for such minimal success really ruptured my sensibilities. It was all for good cause, as the director’s husband explained, it didn’t cost anything for this unearned recognition and in turn, the director would surely get this unsuspecting new person to place a larger wholesale order. The hook was set – orders equal recognition.

When our wives are being subtly seduced by the recruiting scheme, they have no idea they are being conned. They have allegedly Christian women telling them to trust them, while they are bringing them into an abusive system. They don’t give her the whole picture. There’s more to Mary Kay than meets the eye.

Consultants will have the wool pulled over their eyes many times during their career. Mary Kay wants spouses to participate in this business saying “a woman with a man behind her is a woman and a half.” I resent being referred to as “half a woman.”

Most men, (a personal belief of mine) don’t want to do anything associated with “makeup.” They don’t mind their wives use of those products–but the mere thought of men being involved is the most abhorrent thing he can conceptualize. The more indoctrinated she became the more determined I was to save her and bring her back from the brainwashing tactics.

For more than twenty years we were just a hands grasp away from falling apart, as a couple and also financially. She couldn’t see this company clearly, even when I could. The lure of riches, jewels, adoration from her peers, was so powerful. (Even when she was making relatively little money, she couldn’t stop believing that the big money was right around the corner.) After countless loving and patient attempts to balance reality with the fuzzy picture MK offered, she began to see more clearly and she started to question contradictory practices that she had blindly accepted before.

I recently heard a statement that evil flourishes when good men do nothing. This is my reason for taking the time to write this.

We were without a site like this – a platform to speak for a long time. This communication between men and women has been brought out into the light and so now we all can see the whole picture. I want you to know you are not alone in your feelings and that you have a right to feel abused by this pink monster we call Mary Kay.