In the world of Mary Kay, the rules only apply some times to some people. And there's not always rhyme or reason to how the rules are applied either. Maybe you're in. Maybe you're out. Who knows. 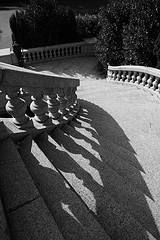 And can you believe the people at corporate? Nope. Your actual results depend upon who you talk to, what they say, and whether or not corporate later denies that was said.

Unless they decide not to follow the rule. Then you're allowed to do that twice. Or three times. Or who knows how many times.

But imagine being this director and missing two months in a row for the fourth time. You get a letter from Mary Kay Inc. telling you that your directorship is being terminated. And you accept that, because frankly, it's just not worth the struggle anymore.

And then at the end of the month you receive a call from Mary Kay. It's all a mistake. You are still a director. You still have your unit. We shouldn't have sent you that termination letter because we meant to give you one more chance.

Are you kidding me? You're telling me this after the month is almost over?

Let's get over this idea that directors "step down." They don't. They're terminated. At the discretion of the company (or not). Directors don't "choose" to leave directorship. It is chosen for them.

Can we even trust Mary Kay anymore? Are the words of the executives even worth anything?