Dr. Jon Taylor, a prominent fighter against the multi-level marketing industry passed away on August 2 at the age of 81. Dr. Taylor conducted some very important research on MLM, and published numerous articles as well as multiple books on the topic. His website MLM: The Truth has been a wealth of information for years. Quite simply, he published some of the most easy-to-understand, common sense materials that revealed the lies behind MLM. We have featured his materials often on Pink Truth. 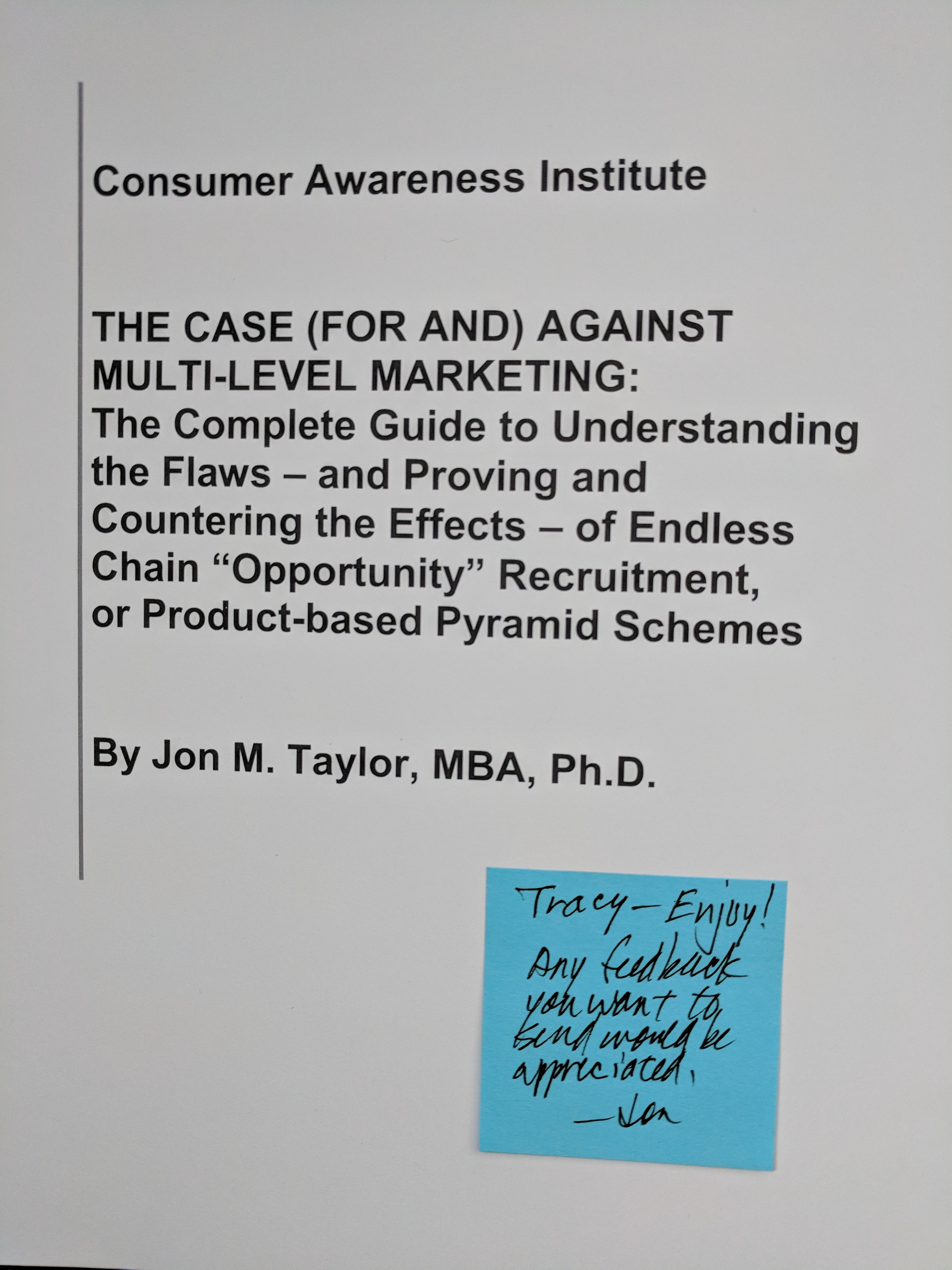 Jon was a consumer advocate for the past 30 years, which included analysis of over 300 multi-level marketing companies (MLMs), testifying before the FTC, acting as an expert in dozens of legal cases, and consulting with financial advisors nationwide on publicly-traded direct selling (or MLM) companies..

Thank you, Dr. Taylor, for all you contributed to the fight against multi-level marketing.