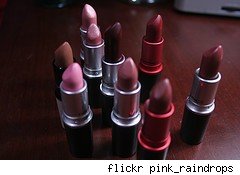 This idea made the rounds in Mary Kay…

Are you or any of your team members looking for a way to invest in more inventory?

I just saw the news this morning that the government is sending out the “Stimulus Checks” starting this coming Monday, April 28th!  The story below are very real options and consequences.  If we go out and purchase a lot of products made outside of the U.S. who’s economy are we stimulating?

As business women, this new capital could be used as an investment to build your business where your return is double and it stimulates our economy here in the U.S.  Where else can you get that kind of return on an investment?  By putting in the time and effort  into your business, which historically does very well in recessionary times such a this, yo u can provide the extra income needed to fill the gas tanks, buy the food and more while you expand your customer base and add new people to your team.

this is xxxxxxxxxxxxxs original idea, I was enlisted to put it to words.

Once upon a time there were 3 consultants who received their “Stimulus ” check from the government in May of 2008.

The first consultant was stimulated to take her $$$$ and save it. (bury it)  She couldn’t decide if if she would stuff   it  into the cookie jar so she wouldn’t have to claim the interest or put it in the bank and collect the  2 % or  3 % interest. She was confused  .

The second consultant ‘s  family used hers to purchase a plasma TV. This resulted in stimulating China’s economy and in causing her husband to spend MORE time with his new “clicker” and less time communicating with the consultant and her children and  no time to do his “honey do” tasks.

The third consultant  chose   to invest her stimulus check into her Mary Kay business and thus bring more $$ into her household for her family. She doubled her $$ immediately.(for every $1 , she received $2 in product)

Her expanded inventory stimulated her to book classes, which then led to increased sales and profits and her personal team grew.This led to a larger team building commission check. She had lots of extra $$$ to do the extras for her family(vacations,etc)

Through her activity she touched the lives of many . Women looked better and felt better about themselves, which also affected the lives of their families.

This same consultant also received recognition and prizes for her investment of her stimulus check. She even qualified to walk across stage at Seminar and receive a diamond ring. You could say that she was definitely  affected   by that experience.

Though there were no “stimulus” checks in biblical times , people in that era did have this same experience. Allow me to share . This is the story of the 3 servants/  talents , according to Carol  The real story is in Matthew 25:14-28

A master gave “talents of money” to 3 of his servants. To one, he gave 5, to another her gave 2 and to the last he gave 1. Each servant had a choice. The one with 5 went right away and put his money to worked and doubled it. The second , with 2 ,did the same thing. The one with only 1, dug a hole and buried it.

The master returned and affirmed the first two : “well done, good and faithful servant. you have been faithful with a few things . I will put you in  charge of many things. To the third, he said : take the talent from him and give it to the one who has 10 talents” .

We are responsible to use well what God has given us.

My intention is not to be disrespectful or offensive to anyone’s beliefs. It’s a simple analogy.

We all have choices in life.

P.S. Most women out there will also be receiving a “stimulus check”. Why not offer them the Mary Kay business opportunity as a way of doubling their “stimulus check” and  investing in themselves.