I’ve continued to look at some of the “top” units in Mary Kay. These are units with some “top directors” held up as women to admire for “doing Mary Kay the right way” and helping women to better their lives. Yet there is little to no actual retailing of products going on. Mary Kay is an endless chain recruiting scheme, plain and simple.

According to statistics on this “top director’s” website, 338 consultants placed orders with Mary Kay through April 30. Of those 338, not one will make Court of Sales this year, which requires $36,000 retail to be ordered from the company.

And as you can see below, 3.25% of Kim’s consultants have ordered enough to profit more than $500 per month (if they sold everything they ordered, and we know that’s not the case). Impressive. I guess there’s not much “teaching women to sell” going on in this unit either. 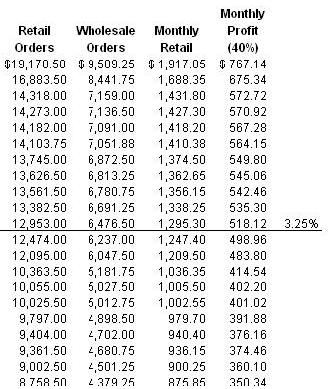 Here’s a unit from a newer national area that is known for really selling! What does really selling look like? Surely not these uits where 3% or less of consultants are profiting $500 or more per month (with very generous assumptions on my part) are simply oddballs. Surely someone is selling a lot of Mary Kay, right? 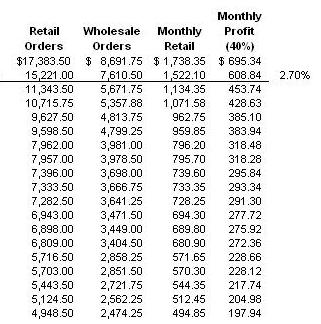 I know what we’re missing. We’re missing the old-timers. Maybe the newbies aren’t teaching sales, but the women who have been around practically since Mary Kay started! Now THEY now how to sell products, and surely they teach their consultants to sell too!

Guess again, sister! Even in one of the oldest and largest areas in Mary Kay, the numbers are even worse, if you can believe it. This old nsd has a huuuuuuge area. If you add up just the units in her area with 50 or more consultants, it totals to 4,127 consultants. Let’s just round up to 4,500 total consultants, but understand that the actual number of consultants in her area is probably higher.

Check out the Top 20 consultants in the area, below. The bottom consultant on this list makes an estimated monthy profit of $764 (if she sells all that she buys, which is unlikely). That’s less than $10,000 per year of profit. Those 20 represent 0.44% of consultants in the whole area!

Do you realize that this means at least 4,480 consultants in this area make less than $10,000 from selling Mary Kay products??? That means that 99.56% of these consultants don’t make a living selling this stuff!

And to all the Pink Truth haters… please don’t try to tell me that all 4,480 of those consultants are lazy losers who don’t really try to sell the products, and could sell lots if they really wanted to. 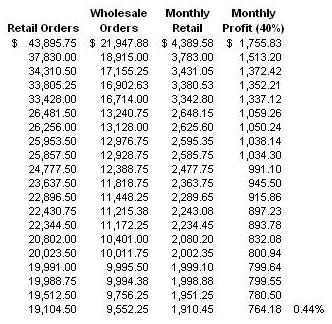 I know! A rising star. A national-in-qualification. Surely her unit is selling! I mean, how else do you move up to that level in Mary Kay if not for product sales?

That’s it. We’ve figured it out. I bet this niq’s unit is selling a lot. She’s been around a while and that lady is a superstar.

Guess again. Not much selling going on there either. I’m not sure how many consultants she’s got, but you can see that only the top 4 are profiting more than $500 per month. (And if you haven’t heard this before… that’s if they’re actually selling all that they buy, which we know isn’t likely.)

The search continues for all those women selling gobs and gobs of Mary Kay Cosmetics…. 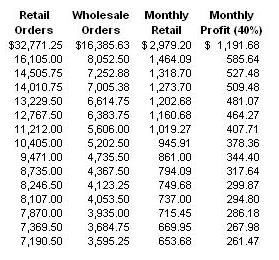 *slaps self on forehead*

Of course! Silly me. The people in Mary Kay Cosmetics who are really selling all those products are the sales directors! You know… those 14,000 sales directors out of 750,000 consultants in the U.S.

A well-established national area…. they must be selling a lot. I mean the nsd is so great with her directors and I’m sure she’s teaching them the right way to do it. How many directors do you suppose she has? 30? 40? Who knows. But a whopping eight of them profit more than $500 per month from product sales, if they sell everything they buy.

Wait a second! Most of them make less than $500 per month profit from product sales? As a director? As in less than $100 a week??? That’s it? From the Mary Kay sales directors? 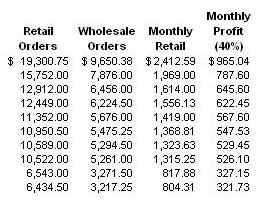 You get the picture, right? No one is really selling much Mary Kay, despite the (false) claims to the contrary. Even in the best, fastest, top units and areas in the company, there’s next to no one selling enough Mary Kay to make a living. How much more proof do you need?