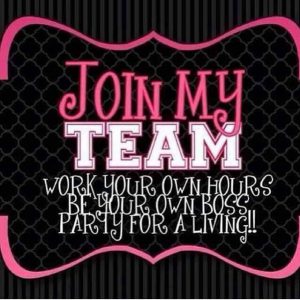 This former consultant tells how she was recruited when she couldn’t find a job. How many women out of work (thanks to the pandemic) are falling for this now?

Well, no one actually talked me into it and I did not hear the “opportunity” story. I just went to the Mary Kay site and put my zip code in. Within a few hours a girl called me and invited me to a “Success Meeting” the next evening. Considering I was very vulnerable at this point (and they knew it) I probably would have signed up for anything.

The sales director made an immediate appointment with me to meet for an orientation at her house the next day. Little did I know that I would be told that I “could order inventory only if I wanted to” but it would be wise if I did considering I would be having lots of parties and taking lots of orders. I told her that I did not have the money and did not want to use my credit card. No problem… I can get you a MK credit card.

So began my MK career.

I was given a challenge of having 5 skin care classes in my first few weeks. What is a skin care class? I stayed up two nights in a row reading every piece of literature I could find and watching videos that my director recommended to me. Every single success meeting consisted of learning how to encourage women to book classes and recruit. I never learned about the products and had no idea what some of the products actually did. I finally decided that I was tired of driving the 55 miles round trip to these stupid meetings.

Five months later it occurred to me that some of my friends were avoiding me because all I ever talked about was MK. No one wanted to have another party or sign up to sell MK. I sent everything back within a few weeks of that realization and chalked it up to a scary experience.

I know that everyone in the MK sisterhood talks about the new friends you make and the wonderful women you meet. I met a lot of women in the same boat as myself: scared, intimated and thinking that they could make millions just by selling MK. I also met some very snobby and annoying sales directors and NSDs.

I got my life back and my hope is that someday I can forget the whole experience.