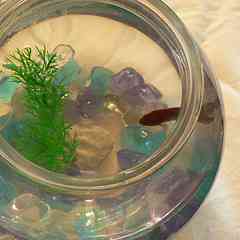 Written by So Lost in Wisconsin

Well, that’s what I called it when I put out entry bags and boxes for a potential victim to sign up for a boatload of free products. In theory, this idea of getting customers without the hassle of warm chattering is great.

Put out a box in a nail salon or a clothing store that offers the customer to sign up to win a gift certificate to the establishment or free products. People sign up by filling out a form with all their pertinent information. About once a month the consultant goes in and gets all the names.

Here’s where the whole concept gets sketchy. I’ll be honest here. As a consultant, I don’t think I ever once bought the gift certificate I had offered for the customer to win. If I did, I used it myself. I know that’s dishonest, but I didn’t have a lot of money, and let’s face it. I was after the leads.

So, once a month, I would call each and every one of these people to let them know that they won! Yay! How exciting! They had never won anything before! What did they win?

A complimentary facial! Wow! Which, of course, I will turn into a party by telling them how much more fun it will be if they invite some of their friends over, too. And, just to make it sweeter, I will give them ten dollars in free products! Neato!

Except that I have told every person this. So really, nobody ever won anything. They were just being sucked into my web of lies so that I could get my foot in the door and pedal my wares to them and their friends. It was great. I had to do minimal work, I got free leads, I didn’t do what I had promised the store I was patronizing, and nobody was a winner!

I easily had about 500 customers by doing this, and at one establishment every person I saw bought an “I Deserve It All Bag” and I recruited each of them. Wow. I had it made. Unfortunately, once I had seen each of these 500 people, they bought something, or nothing, and I never really heard from them again. Not a single recruit bought inventory in any noteworthy amount, and I had lost a customer to personal use consultants. And none of these people relished the idea of hearing from me.

So, just to summarize, I stole from the store I had my bag or box in, I lied to over 500 people, I ruined the lives of all the people I recruited, and I didn’t really make a dime.

Wow. I’m so proud of myself. I wish all you consultants out there who are fish bowling the best of luck, because I know it’s hard to look yourself in the face when you are robbing yourself of dignity and innocent people of money and time.