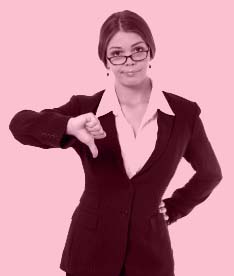 This article was originally published in March 2009. We are running it again to illustrate what happens to Mary Kay “stars” in a period of five years.

Curious about that title, dear seeker?  If you are, you’ve found the right flight!  Pass your battered Ziploc bag packed with 3 oz bottles to that TSA agent over there – the one with the barrel-chest and the Pop-Tart sized choppers – and we’ll clear security in no time.  What?  You need one of us to volunteer to be searched?  Fair enough; I’ll be the sacrificial lamb if it’ll help get everyone else to the gate unspoiled.

While TSA agent Bluto swabs me from port to starboard, pass the time by flipping open this copy of Mary Kay Cosmetics’ Applause magazine and heading for the section featuring the Go-Give Award recipients.  There’ll be five of them, along with their Mary Kay accolades and current rank – got it?  Good, for it is there we will begin our great odyssey.  Well, you, anyway; mine is well underway – HEL-lo, sailor!

Bit O’Backstory, Honey:  I have a tidy selection of Applause issues dating back to 2004.  As I was thumbing through February 2005 recently, I wondered how these women were doing in their Mary Kay careers circa AD 2009.  Channeling Inspector Gadget (minus the whole “Dr. Claw-wants-me-dead-and-buried-but-can-never-send-anyone-smarter-than-a-fried-egg-to-do-it” thing) I tracked down fifty Go-Give recipients from the Feb 05-Feb 06 time frame, did a bit of number play, and am pleased to bring you my interesting findings:

Out of 50 women, 11 (22%) made rank, to include four higher-level directors (Executive and Elite Executives) making NSD.  The rank with the highest number of women moving up was that of Executive Senior Sales Director, while the lowest was that of Senior Sales Director.  While I applaud the determination of the women who managed to make it to the top, I don’t applaud the mass recruiting, manipulation, and frontloading tactics I know it took to get them there.  Confucius say, “Many fall so one can stand.”  And by Confucius I mean me.

15 women (30%) lost rank. Interestingly enough, the rank with the highest demotion factor was that of Future Executive Senior Sales Director.  And it wasn’t by a few, either; 7 out of the 15 demoted women were FESSDs!  Apparently, women didn’t stay at the Future Executive level because they were movin’ on up to the East Side; it was because they’d lost the position altogether!  The lowest demotion factor went to entry-level Sales Directors.

Now I wasn’t about to stop there.  I wanted to delve a bit deeper and reflect on the achievements of the women who’d lost commissions, units, and Heaven knows what else as a result of their rank reduction.  Consider these three examples:

Keeping those women in mind, I’d like to close it out today by presenting the Mary Kay community with a handful of questions:

Well, that’s that.  Think I’ll send Bluto a nice posy of roses once I make it to Albuquerque, which is considerably more than what NSD Milkem N’run will send you once she’s done violating your dreams, your morals, and your good credit.  Now, who’s up for some stale pretzels and a sticky copy of SkyMall?