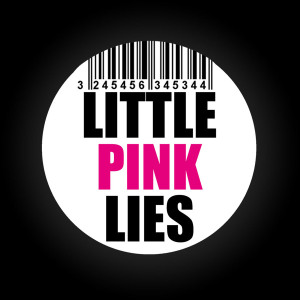 I pretty much knew after a couple of months that the Mary Kay opportunity wasn’t for me. I joined Mary Kay simply because I had just graduated college and needed to put some more structure in my free time. I was used to my evenings having a schedule and when I no longer had classes to fill that time I looked for something (anything!) to fill my evenings.

I went to a skin care class and enjoyed the consultant and the product so I decided to join. Since I was relatively new to the area, I was hoping to make a few friends and get a little bit of a discount on some of the product that I used.

But I began to ask myself, “Is the weekly harassment to take my business to another level worth finding some new friends?”

My director would constantly say she saw me in a red jacket, driving a company car or one day becoming a sales director. First of all, I knew those were all lies. No matter how much money she said that she made or was poised to make in her business, I still made a bigger salary at my current company than she made. Also, I had health insurance.

My boss didn’t read passages from the bible every time we got together. I have sick and personal time when I need take off (also maternity leave) and it doesn’t matter how free the car is, I’m not driving around town in a pink car! I knew that the car wasn’t free. The gifts and the diamonds and the jewelry weren’t free. You could save your own money faster to buy a Keurig coffee machine than you could earn it in the Mary Kay world, FYI.

Even with all of these thoughts in my head, I still went to career conference and entered the “pink bubble.” Hey, she was a new sales director and paid for my registration, so I figured why not?

I’ll tell you why not.

I didn’t mind taking a day off of work and traveling down to the Inner Harbor of Baltimore because in my real job, I have the time to take a day off here and there and still be compensated. Since I was meeting two of my other team members early in the morning and it was raining, I wore jeans and a nice sweater to drive in.

When we arrived at the hotel to check in, all of the other women there were wearing their skirts and MK attire. But I’m the type of person that really doesn’t feel bad about that. I went upstairs and changed and put on a nice dress and stockings and did my hair and went to the welcome ceremony. That night after we had our pizza party in our director’s office, I changed into my pajamas and I went to the bar to have a nice glass of wine. I am a girl in my thirties and more than capable of drinking one glass of wine. And since I was banned from bringing it to the hotel room tha5 (might I remind them) I paid for, I felt more than entitled to indulging in one glass of vino.

The icing on the cake for me was when two of the women in our unit that I happened to be sharing my room with had a little tiff; nothing more than one girl running her mouth and the other asking why she was upset with her. The girl who was running her mouth went and cried to our director that the other girl offended her and she felt uncomfortable and it became a big to do. The “offender” was taken aside and reprimanded and said that confrontation was “not the Mary Kay way.” Seriously?! Two grown women have a little bit of a non-argument and trying to clear the air isn’t the Mary Kay way! To me, that’s called life and being grown-up. That’s when I knew it was time for me to step out.

Now my pink story is a little different. I still hold a consultant status but I place one order per year for product that myself, my sister and my friend use while I donate the rest. I refuse to attend weekly meetings, seminars, career conferences or any other event that Mary Kay hosts. I do not subject my friends or family to be models for anything related to Mary Kay. When my sales director calls me or sends me emails saying that I’m in jeopardy of losing my consultant status, I simply listen/read, laugh and delete.

I recently read a post about how the author felt that over the course of her time with Mary Kay, she was becoming less and less herself. And it’s true.

Mary Kay doesn’t care about who you are as a person, as long as you can churn a profit for them. What I found at my Mary Kay meetings was often more sinister and more degrading than what I could have imagined.

Our sales director would often say that this was our business and we could run it any way we wanted yet when we were traveling or participating in anything Mary Kay related, we had to make sure that we looked a certain part; that of the Mary Kay “way.” What I realized was that I don’t have to subject myself to that world.

For some women, this is a great opportunity that they love. Good for them. I’m not trying to talk anyone out of loving or believing in their Mary Kay business. But in return, you should also respect my right to downright disagree with everything that this company is about.