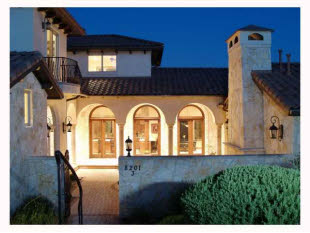 Nobody is gloating. Not one of us. Most of the members of Pink Truth have depinked enough to realize that what happened to Allison could just have easily happened to them. Allison’s Million Dollar Dream Home, bought by faking it till you make it, is on the market.

Just 2 short years after Allison was flaunted in the faces of every underachieving Director in 5 Seminars, Allison gets to face the reality of the Mary Kay opportunity. That reality is that you can never slow down. You can never take a break. You can never drop your antennae or “slow to impulse.” God forbid you have a baby! God forbid life happens.

On the Mary Kay treadmill, you are racing quicksand that is always gaining on you, snapping at your heels with one look back over your shoulder and down you go. All the goal posters in the world won’t make your mortgage payment. Every leadership class you take will not stop the chargebacks from eroding your big girl commissions.

The day comes when you see (hopefully perhaps) the futility of dogged determination spent on a losing proposition. One can only hope that as Allison steps away from the appearance of prestige, she wises up to what this whole con game cost her. And maybe, all the Directors who worshipped at her feet might see that it really wasn’t Allison who fell short. It was and continues to be, the false prophets of Mary Kay. 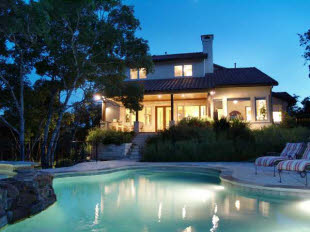 Allison (Worlds Fastest National) is down to 14 Directors. As she hangs onto her positive work ethic, goal posters, practiced speeches, Leadership Seminars, she must be scratching her head wondering how the whole thing disintegrated. When you cannot evaluate the “negative”, you cannot determine the positive. She can only do what she did before, and that will get her only what she has now.

No matter how noble you have always believed that Mary Kay is, the day comes when you realize that you were intentionally kept from truly evaluating your so called business. You were trained not to look objectively and rather, were manipulated into making the appearance of success.

That’s why Allison bought a house she never should have. She never really knew that all the Directors who were fast tracked like she was would be ill-equipped to go the distance. Allison actually thought she may have “arrived.” And the rude awakening was that she hadn’t even gotten on the train.

Pyramids work for those who got in early. Allison was used by the company to convince all the hopeful Directors to stay the course and work like Allison, because see? It can still happen for you! Allison of course, would never believe this for a million years. It would be too painful to realize that Gary and Greg and Sean and Caroline and Darryl, while grateful that Allison raced to the top, knew perfectly well that her fast built area had no chance to sustain the numbers. But I am sure they did hope. I am sure they did pray. I am sure they really needed Allison to be the new poster child for “Fast is best.”

The reality is that a 1963 pyramid scheme disguised as a cosmetic company only worked because the iconoclastic CEO called out to the sales force to believe in her ideal. Then as she faded, the next CEO perpetuated the “image” of the ideal. Mar was the savvy matronly grandma who believed in you and needed you to achieve success so others would see how to believe in themselves! Pass it on! We are one giant support system taking all women with hope and courage to the top! You fell for being a “cut above…” just like Allison did. Who could ever believe that under the disguise of lifting women to new heights, we would be pick-pocketed for our naiveté?

Looming behind this house of cards is the corporation, who knows how miserable the “success ratios” of the sales force are. To illuminate that, you’ll notice that while PT has existed, the company has increasingly changed its dialogue to say, “Make some extra income” rather than “make executive income” because they know, fully, that nobody is making the kind of income promised by the last 20 years of guest events.

Unfortunately, each of us repeat what we are told and so we repeat words that were set into motion by the unscrupulous. A National Sales Director that is so new could not have any idea about how much she has been lying. She still believes. She has never faced the numbers, the debt, the losses of her sales force because she has been conditioned to believe that they could have what she has if they never gave up and never gave in… only now as what she has trickles away, she begins to see.

You have to be willing to recruit and frontload others, without care to how they will return a profit, transferring all responsibility to them, even though you know they have not witnessed a live skin care class with real customers, never sat in on a real business development class that talked real profit and loss, never spent time in a sales technique training class, never received professional cosmetics training, but boy do they know the recruiting notebook front to back.

Allison believed and that was her biggest mistake. Allison never evaluated the truth and that caused her to make a stupid decision. Allison bought a house on the hope of a dream, and that dream was skillfully planted in her heart without a shred of truth. And what is worse is that countless Directors were made to feel stupid, lazy, inferior and more because Allison ran after and caught the brass ring, while all the underachievers watched and berated themselves.

As Allison’s world decomposes, she will ferociously cling to Mary Kay “truth” because to do otherwise will make her life’s focus become a sham. We know this, don’t we ladies? We had to face the same thing. The convenient charge is to tell us that we “lost” because we were lazy, unfocused, unwilling.

Yes we were told that “production comes from new recruits” but it never really dawned on us that the bulk of production would naturally come from veteran consultants who enjoyed large customer bases… if Mary Kay’s promises were true. And absolutely nobody knew that commissions earned, were also deducted for up to a year if somebody sent their stuff back.

The day came when we realized what a “house of cards” this all is. Sign up, order big, have girlfriend time, try and try, fizzle and die- only don’t send your stuff back cause you wouldn’t want to permanently close that door in case you might try again! Okay. Now I see. Now I get it. Eventually we all skulk away with our product and our “at least I tried.” This is the one-two punch that allows Mary Kay to keep refunds to a minimum, while devouring the earth.

In Allison’s case, her brief exposure to the true marketing plan didn’t quite give her the education she needed to maintain a national area. She went into “teaching mode” and attempted to sell lofty business skills to her downline in some naïve attempt to legitimize or corporate-ize her mlm organization. Silly girl. Doesn’t she know production comes from new recruits? Didn’t she know her big check would be whittled by chargebacks?

Well lucky for us, our realization did not come with a million dollar mortgage. Too bad for Allison, her “house of cards” did.

UPDATE: Allison’s stated reason for selling her home was so she and her husband could move to another city to help start a new church.