It’s been a while since I talked about false earnings claims in Mary Kay. The easiest false claims to identify are the ones regarding how much product was sold. Take this one: Chelsea Claytor Adkins said she sold $85,000 of products in the seminar year that ended June 30, 2020. No, she did not. 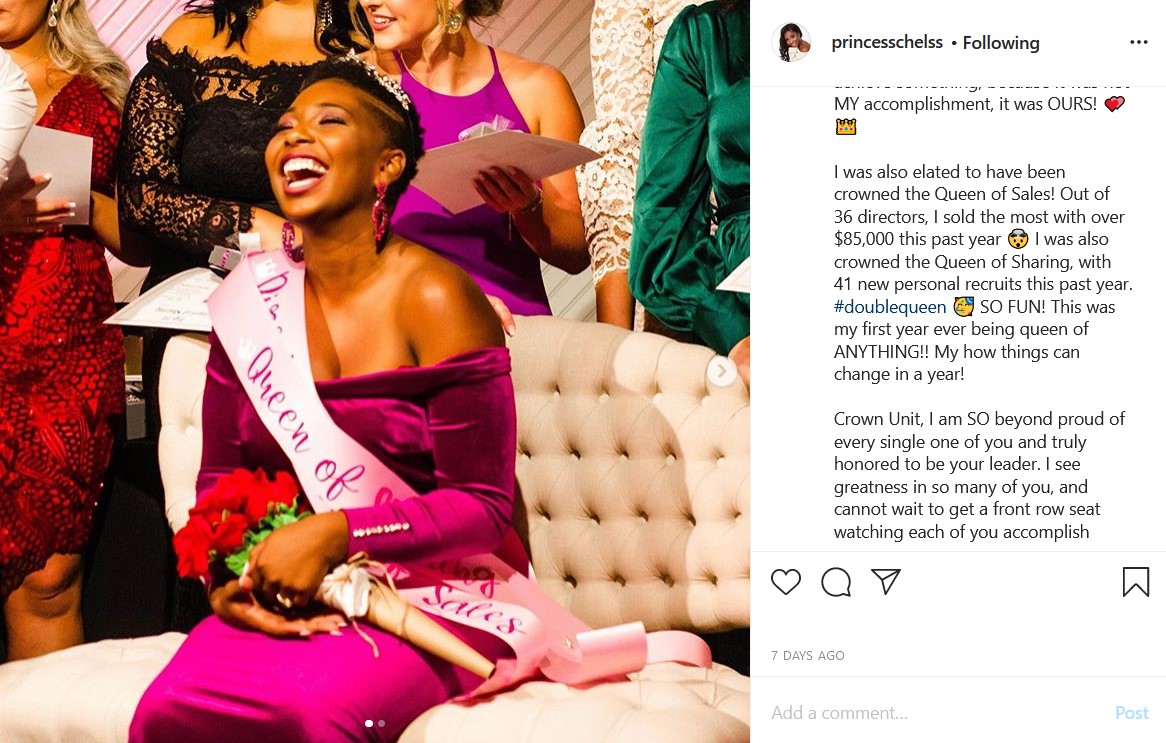 What REALY happened? Her calculated “retail sales” for the seminar Queen of Sales contest was $85,000. That’s a completely bogus number. It takes everything she ordered at wholesale, multiplies it by 2 (to get to full suggested retail price), and adds on a whole bunch of “double credit.”

So the falsehoods come about because they: