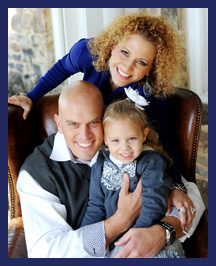 Roya Mattis is a mover and shaker in Mary Kay Cosmetics. She is a top director and personifies the image of success Mary Kay Inc. would have you believe is attainable. Roya has a compelling story of success, so why would she feel the need to lie to make the story even more sensational?

Mary Kay I-Stories are out to get you.  Really.  The primary purpose of these emotion-packed, sounds-too-good-to-be-true testimonies of Mary Kay consultants, directors, and NSDs is to get you longing for whatever its teller claims to have received from their Mary Kay business.  With any luck, you’ll be signing a Beauty Consultant Agreement long before Sam and Frodo get back from dumping the One Ring into Mount Doom, and what’s this?  Why, those little hobbits are so brave, they even left some Mary Kay goodie bags and lip gloss samples with the Mouth of Sauron!  Mary Kay Ash said to never prejudge people, after all, and you never know,  the Mouth of Sauron could be your next team member!   Just make sure you tell him that if he’s looking to make it as a director, he’ll want to keep the Card of Visa close by.  Moving on.

Because Mary Kay I-Stories are crafted with the intention of bringing in fresh recruits, sadly, the temptation to embellish them is off the charts.  Embellishment’s fine when you’re telling ghost stories around a campfire or pulling a Franzia-fueled all-nighter with your scrapbooking peeps, but Planet Mary Kay seems to define ethics differently than the rest of the solar system.

Take the example of MK Director LaRonda Daigle.  In one of her training documents, Daigle tells consultants that when they pen their I-Stories, they need to, “…make people laugh and also have emotions of wanting more in life…remember, you are selling the Dream of Mary Kay! It does not matter what has not happened, what matters is what is going to happen.”  (Training document, “Creating an I-Story with Charisma and Passion,” LaRonda Daigle)

Read that again.  “What matters is what IS going to happen.”  Except that what “IS” going to happen has not happened, and therefore to present the “IS” as fact (instead of admitting that it’s nothing more than wishful thinking) is extremely misleading.

That brings us to the I-Story of Elite Executive Senior Sales Director Roya Mattis.  Consider the following claims Mattis made in two separate versions of her I-Story:

“Financially, we went from renting a condo, to buying our first townhome in our first year.  To building our dream home 2 ½ years later, a 7-bedroom, 6-bathroom, 7500 square foot home.” (Making a Business Plan -Inventory Options by Roya Mattis)

Telling people that you moved into your 7-bedroom, 6-bathroom, 7500-square foot home “totally debt-free” is no small claim.  The claim appears on Mattis’ MySpace page as well:  “I have been a Sales Director with Mary Kay Cosmetics for five years…I drive a FREE pink Cadillac and live in a new 7500 square foot dream home that my Mary Kay business paid for.”

Note Mattis’ choice of words.  She didn’t say “paying for.”  She used the past tense, “…my Mary Kay business paid for.”  That means anyone within a thousand miles of Mattis’ I-Story will conclude that Mary Kay completely paid for her dream home and – quite possibly – race to join Mary Kay thinking they’re going to make enough money to pay for their own dream homes, too.

So is Mattis telling the truth about Mary Kay paying for her home and moving into it “totally debt-free,” or could Mattis be focusing on what “IS” going to happen (read:  lying) instead?  You be the judge. Here is what the public records say about Roya Mattis:

In October 2012, they refinanced the first mortgage in the amount of $558,000.  That’s almost as much as they originally borrowed EIGHT YEARS AGO, and that second mortgage went to $65,000 under a mortgage modification agreement.  Modification agreements are generally done because you are in financial distress.  They’re often done because you haven’t been paying and/or need new terms in order to not default.

As of October 2012, Roya and her husband owed $623,000 on the dream house that they supposedly bought “totally debt-free.”

It’s also important to note that the public records list the size of the Mattis home as just under 4,000 square feet. Roya’s fiction has almost doubled that! If you count the garage, you get up to about 6,300 square feet, but that’s still a far cry from 7,500 and normal people don’t count their garage when quoting square footage.

Mattis’ fibbing doesn’t stop there.  Remember the “FREE pink Cadillac” she referenced earlier?  To earn the use of the Cadillac, Mattis must get the consultants underneath her to order (not sell) enough Mary Kay products to meet the quota attached to the car.  Failure to meet the quota means Mattis must pay a co-pay (which can spike as high as $900 for the Cadillac) or she will lose the car entirely.  So while Mattis’ “free pink Cadillac” claim looks good on paper, nothing could be farther from the truth.  Well, nothing except that whole “I live in a new 7,500 square foot dream home that my Mary Kay business paid for”  bit.

Note:  Roya Mattis was contacted multiple times about her income claims and offered the opportunity to provide clarification.  She declined to comment.